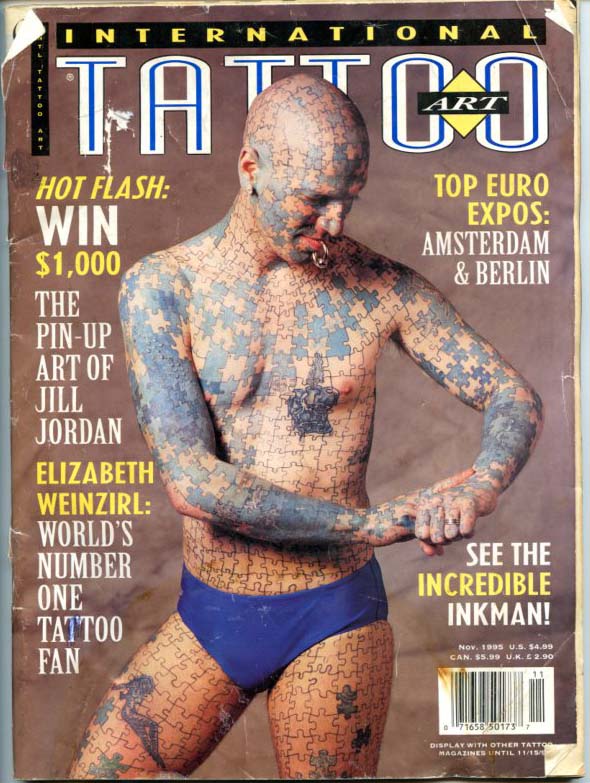 November 1995. The first time I appeared in print. 23 freakin years ago. Still pretty green. I guess I'd been at Henry Goldfield's for about 2 years. Always greatful to that man, whether he knows it or not. I have now over 25 years experience as a tattoo artist.

I started collecting tattoos before I started tattooing. I lived in San Francisco, CA surrounded by some of the best tattooers in the world. By Collecting tattoos my interest and respect for tattooing grew. In San Franciso, I began at Goldfield's Tattoo Studio, around the corner from Lyle Tuttle and Ed Hardy's Tattoo City. Where I recieved a strong foudation in tattooing, upon which I would continue to build. 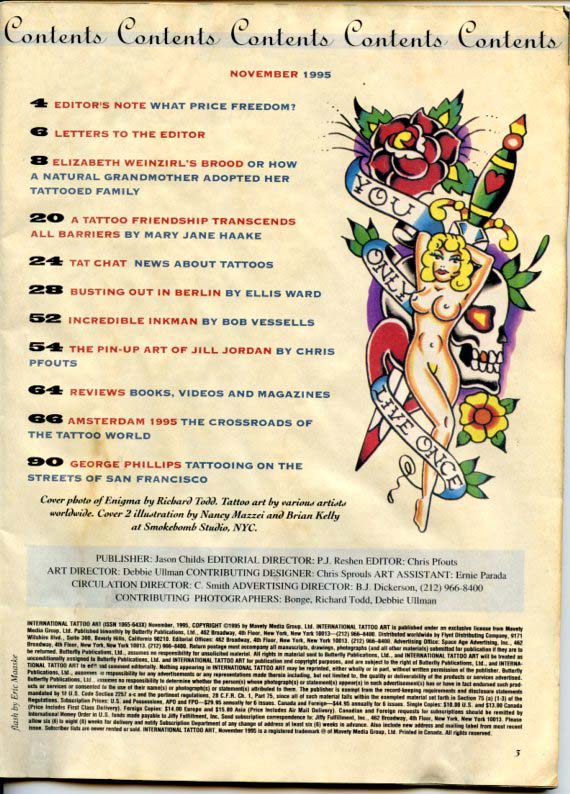 I then relocated to Tattoo's by Lou, in South Beach, Miami. At Tattoo's by Lou, I worked alongside the artists, that would start Miami Ink. I then worked at Inksmith & Rogers and Livewire Tattoo Studios in Jacksonville,Florida.

In Florida, I met the owner of Endless Pain in Hamburg. Afterwhich, for 2 years, I worked as a guest artist. I then accepted a full-time position and relocated permanently to Germany. After Endless Pain I took an extended break from tattooing to raise my children. 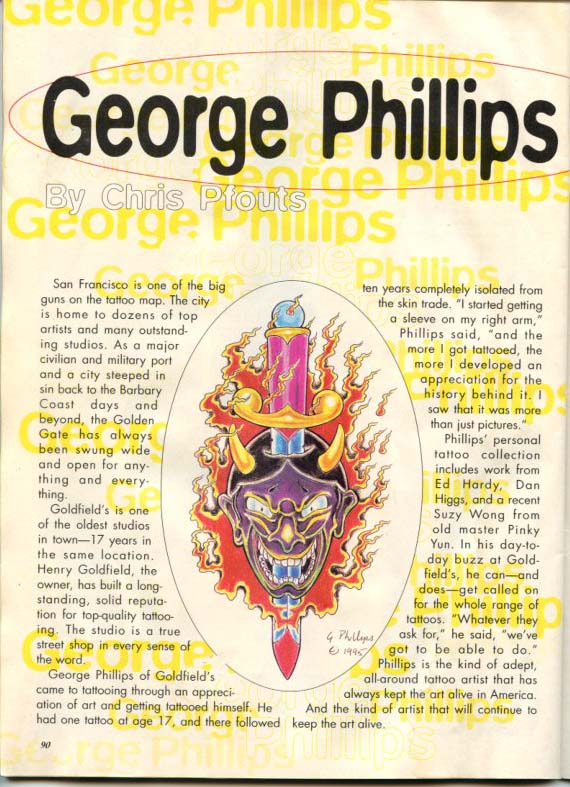 After my children entered kindergarten, I returned to tattooing. I worked at Black Bite Tattoo, in Fürstenfeldbruck. We then purchased a house in Gudensberg, where I opened Black Star Tattoo, in order to be closer to family. Facing again the challange of building a customer base in a small town, in a foriegn country. My family and I are eternally grateful to all who find there way here. It has indeed been a long strange trip for this accidental Expat, learning the ropes of doing business in Germany. 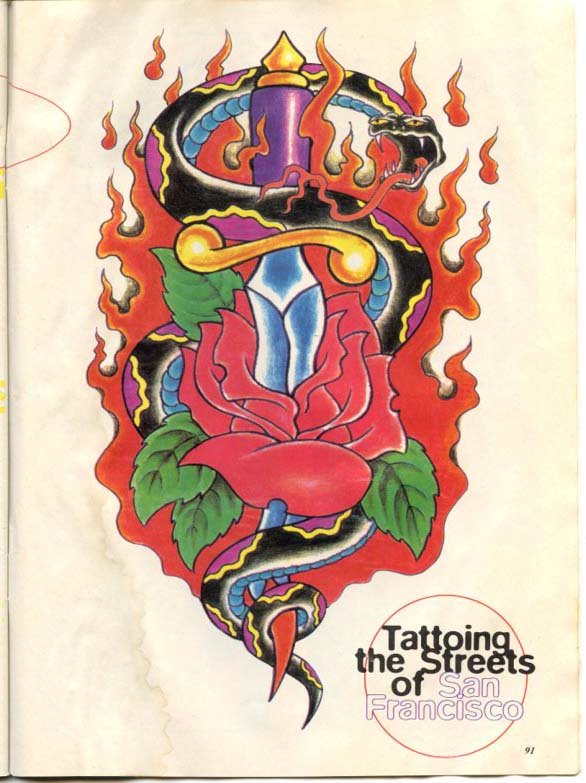 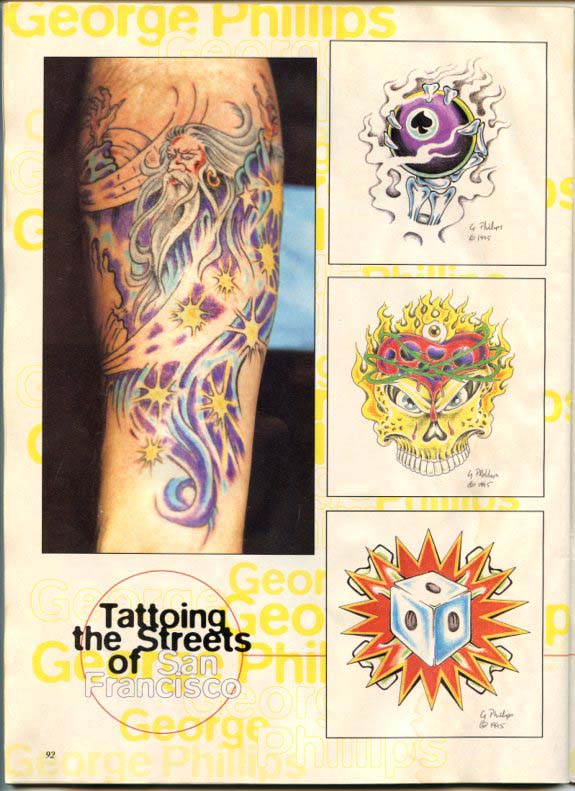 Working in a lot of well respected studios has stregthened the foundation which began in San Francisco. Tattooing all kinds of people from all over the world, has allowed me to become proficient at all styles of tattooing. I am excited, as well, by the challange of new ideas. 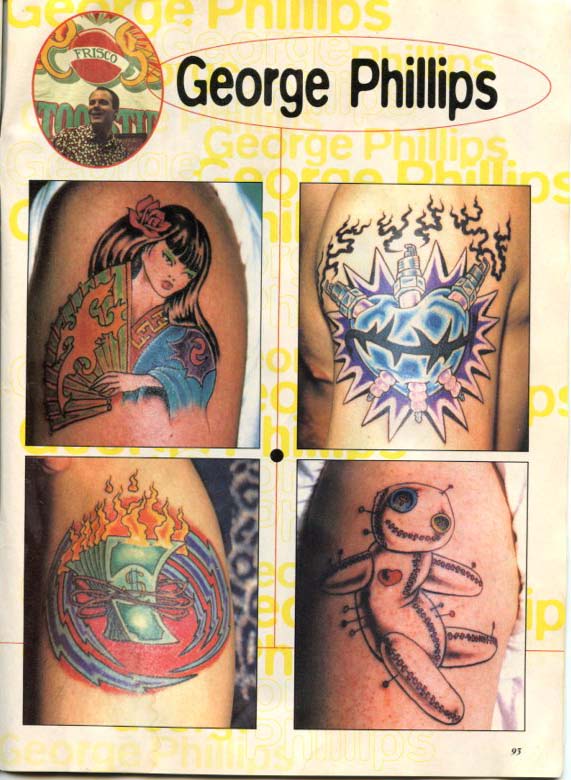 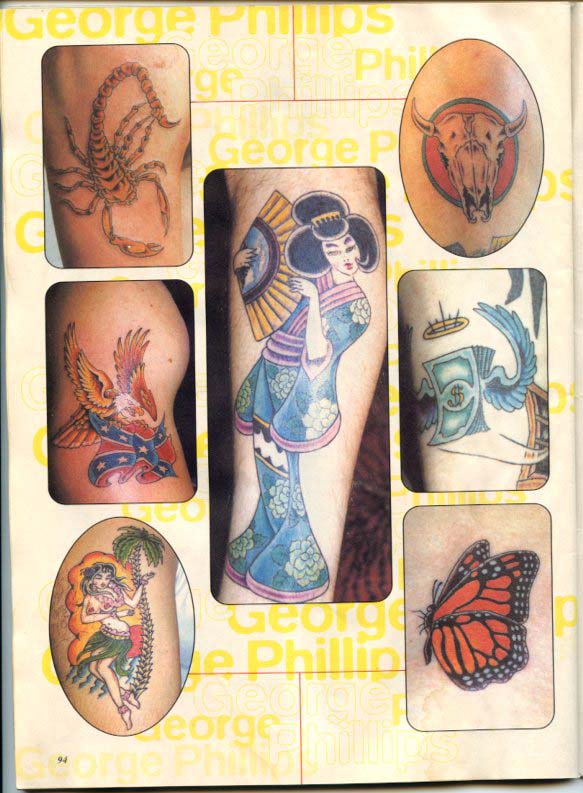 George Pitlak has benn tattooing for over 25 years and has opened BlackStar Tattoo in Gudensberg, Germany